led in recent years to the exciting challenge

To paint or draw portraits life is my concern. I need to get to know the person sitting in front of me – to hear his story and I can therefore detect him further than a rigid copy of a snapshot of a photo.

These sessions also bring several interesting moments and experiences into the lives of all – the sitter as well as the painter. And ultimately benefit not only these two people, but all those present, as it is also possible to watch “life portrait” in public.

THE MANY EUROPEAN FACES 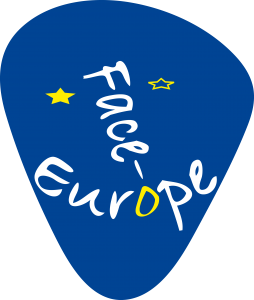 This title is also dealing with the issue of Europe in general and the EU is in particular.  It includes “The face”, but also “To face”, “faced”, up to “let`s face it”: let’s be honest.

Please also refer to  www.face-europe.eu about this unique project

My greatest emphasis lies in the exposure of the essential.

What makes man so unique, should be in the foreground. 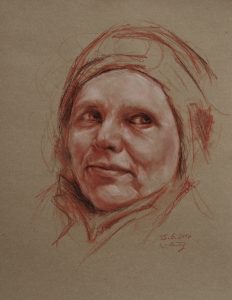 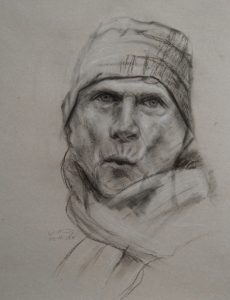 Since the mid-80s working as a freelance artist.

Since 1998 Head of painting workshops and courses

Over the years my painting was subject to strong changes. From initially realistic style through contact with impressionistic way of seeing and excursions in the expressionistic world of color of the great French painters of the 19th century, my painting went slowly from the concrete over into the abstract.
Since the cycle “Sold” my painting became more realistic again. But it still has abstract elements in it.

After several years of artistic break I dedicated myself exclusively to portrait.